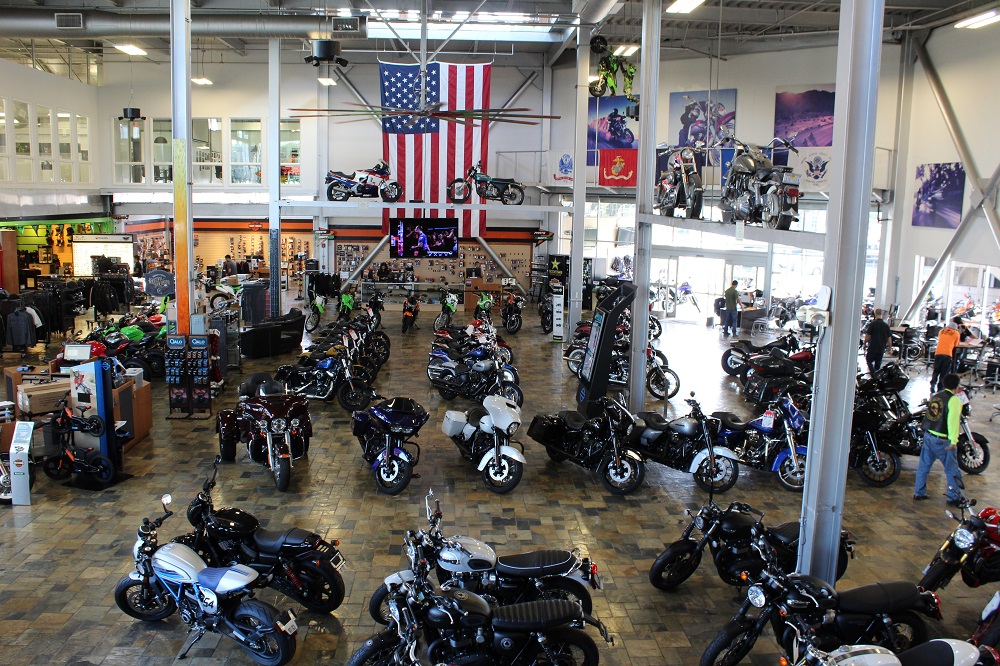 On the island of Oahu, our Dealership and 3 stores are Hawaii's only factory authorized dealer boutiques. We carry only genuine & officially licensed Harley-Davidson® MotorClothes® and Collectibles.

In August of 1991, the first ever Harley-Davidson® Boutique opened in the heart of Waikiki.  Pacific Harley-Davidson® MotorClothes and Collectibles caters to our local residents and to guests visiting Hawaii from around the world.  These boutiques carry everything Harley-Davidson®, from leather gear to accessories, eyewear to footwear and the complete range of exclusively licensed and authorized Aloha Wear line by Tori Richard®.

Pacific Harley-Davidson® Aloha Wear has been the talk of the town since it hit the streets in December 1997. Aloha Wear is standard attire for both business and relaxation throughout the Pacific.  In Hawaii, Aloha Wear is accepted in formal and informal settings.  For women, Aloha wear is available in various styles of dresses and tops.  For men, Aloha Shirts are worn with dress trousers, jeans, or casual shorts for any occasion.

In 1997, Pacific Harley-Davidson® opened a Polynesian style portable kiosk attached to the front half of a Harley, which known as the LUV Wagon.  Equipped with a tiki, bamboo handlebar grips, and a television monitor featuring motorcycle racing or fashion shows. To top it off, a hula-girl doll rides out of cuckoo-clock doors on a revving Harley, to the sound of Hawaiian music.  The LUV Wagon can be seen at many of the special events that occur around the island.

When in Hawaii, visit our stores located in Waikiki: